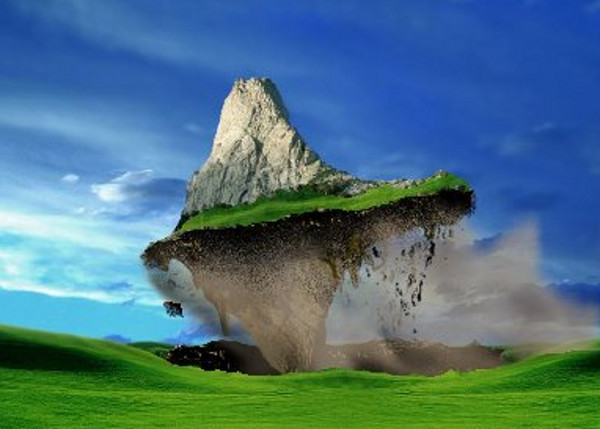 Peter has been struggling quite a while now with his latest discoveries. Somehow he had gained access to the reality before reality. At least this was the best way he could explain it to himself. He couldn’t really say how this kind of revelation came to him. Somehow he managed to slip out of his usual way of perceiving and suddenly a whole new world opened up to him. And then he discovered something phenomenal: He could alter this pre-reality by means of his intents, and then the changes trickled down into physical reality.

He was very excited about this and hoped that now the Master would certainly confirm his full enlightenment. So after a few days of discussion with himself, he finally found the courage to face the master. He scheduled an appointment with the Master’s secretary and was happy that it would already take place in two days – which was today.

As always when he had an appointment with the Master, he arrived a few minutes prior to the meeting and waited outside the Master’s room. Peter loved to have some time to gather and prepare himself for the Master’s presence. A presence that still intimidated him a little even though he had been with his Master for several years now.

When he heard the little bell ringing, indicating that the Master was ready, Peter took a deep breath, opened the door to the Master’s room and entered. He found the Master sitting in his usual chair. After Peter sat down in the visitor’s chair and taking another deep breath he said, “Master, I came to a deep realization.“

„Really“ the Master said, barely managing to fake some interest. Oh those realizations, he thought by himself. Few good things come  from a realization that can be put into words.

„Yes,“ Peter continued. „I have seen the roots of physical reality!“

„Yes, it’s a plane that exists somehow on a, how to say, finer level. And perception converts the…, er, formations that exist on this level into physical objects.“

„And I know I can change these…, these formations with my intent! Do you know what I mean?“

The Master sighed internally. He knew that coming to this realization was indeed a major breakthrough. But he also knew that his disciple was at a point of maximal temptation and therefore maximal delusion. Peter was of pure heart, but being able to manipulate reality to one’s liking was maybe the greatest challenge one had to overcome, pure heart or not.

„Yes, Peter. I do know what you are talking about. That’s light world and it’s very interesting, indeed.“

„So, should I now go out there and start making some improvements to what people consider to be their reality? I mean, I could change things so that everybody could be happier!“

The Master was feeling into various versions of a story he could tell Peter to convey the most important point concerning light world: The „Do Not Interfere“-Maxim. As his disciple was a bright guy, the Master decided to use a very short version of the story. Peter would come to the right conclusions on his own and that’s obviously the best way to teach anyway. However, the Master also knew that there is actually no preparation for facing the opportunities provided by light world. As long as one has no access to it, it’s just philosophy and everybody can fool himself about his detachment from the use of power. But as soon as light world becomes an experienced reality, things change drastically and even the noblest human can fall prey to the new temptations.

„Peter,“ the Master said, „I’m glad you discovered light world. But I caution you. I once knew somebody who also had discovered light world just like you did. He was very excited about it and got ambitious. One day he wanted to prove his powers to himself and decided to move a mountain. So he took a walk to the nearby mountains and chose the largest of them. Then he switched to light world and by means of his intent he started to lift the mountain. And guess what? It actually worked! So he got very enthusiastic about himself and his new abilities. But then a question arose in him.“

The Master made a dramaturgical pause, then he continued, „Tell me, Peter. What was the question? And further, what is the answer to it?“

It didn’t take long for Peter to realize what the Master was up to. Instead of answering, Peter just bowed and left.

“I hope he really got it,” the Master said into the empty room. “Fumbling with separation changes nothing in the long run. It is the entities who have to see separation for what it really is.” The Master was scratching his head, wondering if this realization of powerlessness is a burden only a true Master can master.