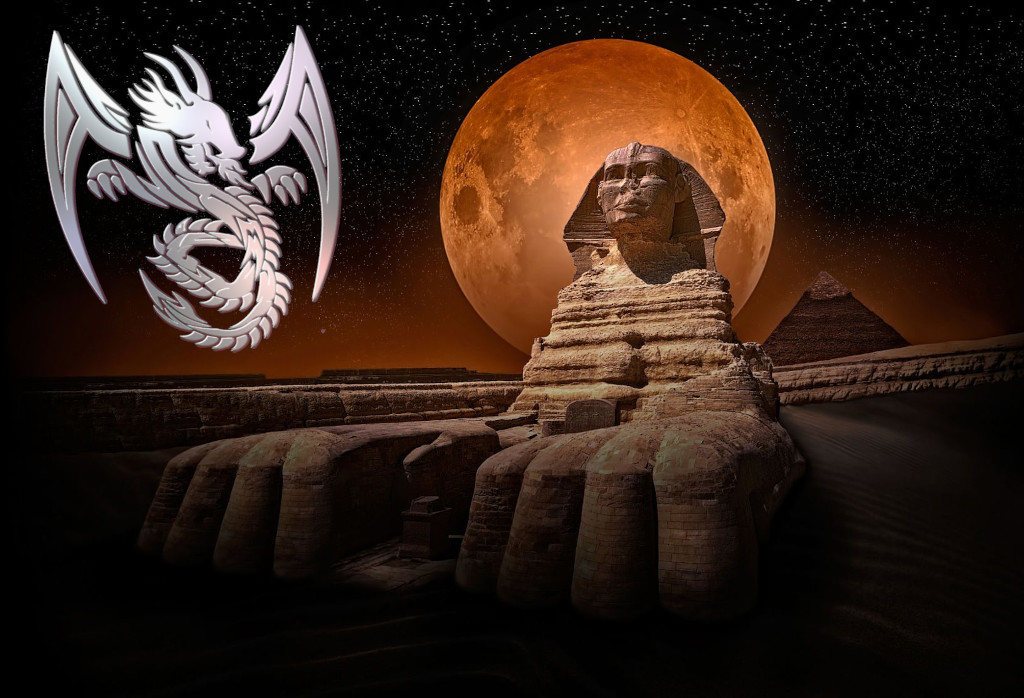 “If you’re ready for this, then please, open up. It’s deep in the night, and there’s only the light from the stars and the moon. You are standing right in front of the Sphinx of Giza. Behind it, you see the monumental Great Pyramid. You are there alone, facing the Sphinx. You have gone through all kinds of preparations, and now your time has come for a sacred initiation.

So here you are: you have arrived at the Sphinx, but the Sphinx blocks your way. It wants to intimidate you with its size and majesty. It wants to humble you. It questions your mastery by apparently ignoring you. ‘Who are you?’ it asks, not even looking at you.

But you are well prepared. You do not allow any of these feelings. While you silently gaze at the Sphinx and open up totally, so does the Sphinx. The two of you have a true encounter.As you let go of your facade, the Sphinx does too, and a stairwell becomes visible right between its paws.