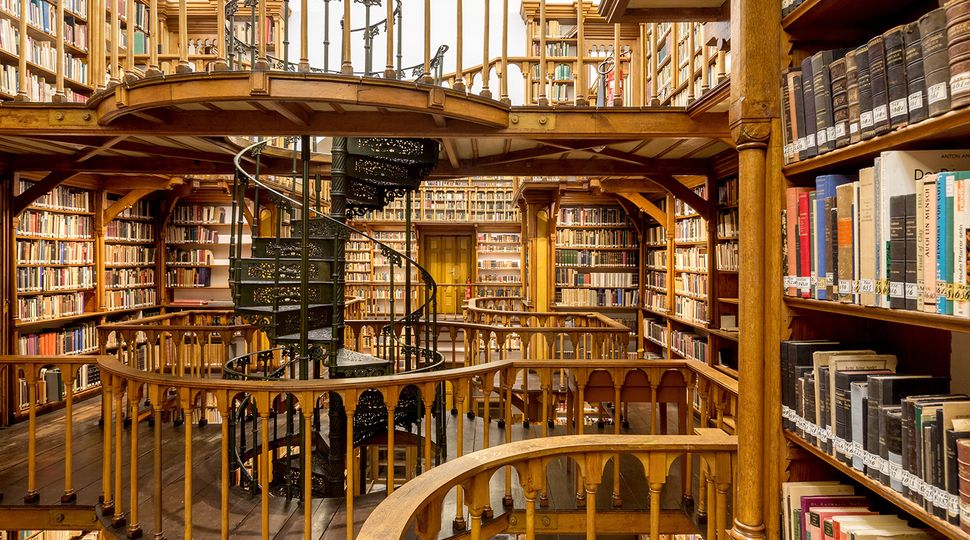 The following is a preview of an article that is to appear in Sandie Sedgbeer’s “No B.S. Spiritual Book Club.” Check it out to see more interesting “10 Best” lists.

About The Chosen Ones

I love reading! I have been reading a lot, and for many years my focus was on everything spiritual, ideally combined with science or expressed in novels. Whenever I see anybody holding a book, I just want to know what that person is reading – not only because it might give me an unexpected hint of what to read next, but also because a book says so much about its reader. Therefore, I highly enjoyed to browse through the  „10 Best Lists“ collected by Sandie.

When Sandie asked me to provide my own „10 Best List“ I took an imaginary walk along the long line of books that have come to me over time. As I tried to find the „best“ among them, I realized how difficult that choice would be. The reason was quite simple: Usually, it was not the quality of a specific book that had a big influence on me, but rather the idea or approach it represented. So I came to the conclusion to select ten books in chronological order that are representatives for my own path. A path that was actually pretty straight and always directed inwards.

Even though I intuitively knew that all answers are within, I was always intrigued by the question of how the various traditions approached what is called realizing one’s true nature. What is the most simple approach? What are typical obstacles? What are the easiest ways to overcome these obstacles? Thus, besides doing my own experiments, I explored everything I could find on the topic – and dug my way through quite a lot of BS. But then, even in the midst of BS, sometimes there was this one single sentence, expression or idea that was worth all the effort and bad smell. So, what is a good book? What is even one of the ten best books? Better don’t ask me.

1. The Wisdom of Laotse – by Yutang Lin

This was the first wisdom book I ever purchased. To this day I know how I stood in the bookshop and selected it from the then not very large assortment of Eastern spiritual literature. I immediately fell in love with the simplicity and profundity of the expressions Laotse used for his Tao Te Ching. This particular edition, however, is enriched by excerpts from the writings of Chuang-Tzu, a most influential protagonist of the Tao who lived around 300 BC. Both together opened a door within me by speaking about the highest wisdom using simple language, poetry, and humor. I could only say „Yes!“ to what I have read and actually I “felt” like a Taoist. It felt good for a while, but then I realized that I was at a loss. Even though I fundamentally agreed with the insights I have read, how could they be brought to life? I felt deeply that a kind of practice was required to get rid of all the conditionings that have piled up within me.
(Boy, what an ugly cover! The German version I bought back then looked way better.)

2. The Gateless Barrier: Zen Comments on the Mumonkan – by Zenkai Shibayama

Not too long after discovering Laotse, I stumbled into Zen. When I first read the comments of Zenkai Shibayama on the Mumonkan, a collection of Zen Koans, of course I did not understand a thing. But I enjoyed the stories of the masters he told; how they dedicated their lives to pursue what is called enlightenment; the tricks and situations the masters created in order to teach their students; the absurdities and pitfalls one encounters when chasing enlightenment. Later, I was ordained as a Zen monk in the Soto lineage where I did not undergo a classical Koan training, but I often came back to this book when I needed some inspiration for my own Zen teachings.

3. The Middle Length Discourses of the Buddha: A Translation of the Majjhima Nikaya (The Teachings of the Buddha) – Shakaymuni Buddha

In some ways, Zen can be seen as a blend of Taoism and Buddhism, so my next important step was to dive into the fundamentals of Buddhism. There are certainly a number of very good introductory books on Buddhism, but to me, the Majjhima Nikaya is outstanding. It’s a collection of discourses the Buddha himself gave to his disciples where he details the fundamentals of his teaching. I cannot overemphasize how breathtaking and eye-opening it was for me to dive into this work. Such clarity! Such wisdom! Such insight into the workings of consciousness! Such dedication not to speak about the unspeakable! Plus, of course, he explains a way to confirm his insights. A scientific approach to realize wisdom. What more can one expect? I was home!

4. Up From Eden: A Transpersonal View of Human Evolution – Ken Wilber

This is one of my early reads from the meanwhile too many books of Ken Wilber. At the time, I thoroughly enjoyed how Ken was able to collect insights from the many traditions and scientific fields. He arrived in laying out a map of human consciousness that encompasses both Eastern wisdom and Western science. Plus, one could feel that he was not just doing mental explorations, but also actively pursuing meditative practices.

As I explored other areas of spirituality, I slowly and hesitantly opened up to channeled information. For a while, I simply ignored where the information was supposed to come from. If the content felt right, I was willing to read it. Ultimately, the problem of discerning good information from distraction or plain BS is independent of the source providing the information. But as I had various strange experiences myself with the non-physical, I later dropped all my prejudices concerning invisible entities. I treat them and their information not differently from humans. Many might be interesting to listen to, but few have a message worth considering.

The „Ascension Handbook“ I found quite outstanding, because the information it conveyed was very precise. It provided more of a top-bottom approach of explaining why things are as they seem to be, so this book was very complementary to what I came across before.

I admire good story-telling that arrives at conveying timeless spiritual insights. I count the „Peaceful Warrior“ among the best books I’m aware of in this genre. Because I liked this book so much, I continued reading mostly everything from Dan. Then, in a book shop on some airport, I discovered his „The Life You Were Born To Live.“ After reading the description, I shook my head, not believing how he could possibly fall so deep. But as I had a few hours to pass, I continued reading and calculated my life number as he described it. When I checked what it supposedly said about me, I was stunned. How could it possible be so accurate? Damnit! To this day, I’m kind of pissed that I seem to be just a living number. Also, I developed an addiction to calculate the life number whenever I come across a birth date – even though I did not memorize what they indicate. So, to spare you these experiences, I have selected „The Peaceful Warrior.“ Better don’t even think of touching this numbers book. Don’t!

7. Glimpses of a Golden Childhood – Osho

There was a period in my life where it was Osho who kept me going. It felt like he was the only person who spoke my language. Thus, I have probably read about 100 books of Osho and enjoyed every single one of it. Even though „Glimpses of a Golden Childhood“ is really just a placeholder for everything he wrote, this book is special in a way. In this volume, he describes his own upbringing and rebellious nature in a way that you just want to become friend with him. A bright child having to deal with ancient traditions and breaking all the rules.

I came across Geoffrey Hoppe and his work in early 2005, just when he started to channel a facet of St. Germain named Adamus. „Act of Consciousness“ is a collection of channelings that gives an insight into the workings of consciousness and energy. Moreover, Adamus points out how a human has a choice to act on the stage of life in any way he wants. As in all of his workings, Adamus excels in nudging people towards realization using a contemporary language,  provocative style, and humor.

Apart from this book, Adamus helped me tremendously with his discussions of a wide range of topics such as guiding people into death and beyond as well as the broader picture of ascension.

I hesitated to include this book in this list, but as it was a major turning point for myself, I felt it is appropriate to add it. I had several encounters with what is typically denoted as dragons, prior to getting in lasting contact with Althar. Together, we co-created the five volume Althar series which can be seen as a guide into „embodied ascension.“ Even though this notion sounds fancy, it merely means to stay in your physical body even after you realized enlightenment. There is a reason why so few enlightened humans can be found on Earth – they simply leave. But what could be more inspiring than a living enlightened being? That’s why the focus is on embodied ascension.

The Althar series is all about understanding how consciousness trapped itself within itself and how to let go of the resulting self-imposed limitations. It explores in-depth the various paradoxes that arise when you go beyond separation while still living in it and provides practical tools for coping with them.

There was a moment when I finished the final volume of the series, „Opus Magnum,“ where I thought to myself, „I wished I have had these books thirty years ago!“ My hope is that the series helps others to go straight to the essentials and to continue their way even when the deconstruction of their reality becomes, well, “challenging.”

10. The Disappearance of the Universe – Gary Renard

This book is the last one that had a real impact on me. I came across it just a few months ago. The funny thing is, it literally had to force itself into my awareness over and over again until I finally bought and read it. When I realized after a few dozen pages that it is a kind of introduction into „A Course In Miracles,“ I felt bamboozled. However, as it was so much fun to read, I continued. I came across ACIM a long time ago and felt that it was not for me. Way too Christian and way too wordy. But I found the excerpts and explanations Gary presented were simply great. And what’s more, there were so many similarities in words and energy to what came through Althar that I was just puzzled. So, kudos to Gary for his beautiful work and for finally getting me to read ACIM. Yeah, I’m still at it. So wordy, you know?

If you are up for a source of great suggestions, have a look at this one. Here, Osho gives an insight into his 116 best of the thousands of books he has read.

One Reply to “My “Ten Best No B.S. Spiritual Books””